Milk has been an indispensable part of our food culture as it contains vital micronutrients and macronutrients. But, are we sure that the milk we all consume is pure and free from hazardous chemicals? Apparently, we notice a plethora of news related to milk adulteration every now and then from all over the country. This certainly raises a lurking doubt and apprehensions around the purity of milk.

The milk business is growing in India, with around 2 lakh villages in the dairy industry. India is the largest exporter of milk but dismayingly, there is a huge gap between the production and consumption of milk. This massive gap is being manipulated and misused with the business of milk adulteration.

Milk adulteration and risks of its consumption

Milk adulteration has always been a matter of apprehension for the government and dairy industry. Despite all efforts to combat the constant state of vitriolic froth, the vicious circle goes on affecting the health of masses and authenticity of milk and its products.

The adulterants like detergents in milk, synthetic components, urea, caustic soda, formalin leads to catastrophic effects on health if taken for a long time as it can cause severe health problems like food poisoning, gastrointestinal complications, impairments, heart problems, cancer or even death.

Primarily, preservatives are added to the milk as adulterants to increase the shelf life of milk. Moreover, to increase the volume and quantity of milk water is added which further leads to contamination and proves to be a double whammy.

Methods for detection of milk adulteration

Despite all the measures taken by the government to curb the fraudulent activities to adulterate milk in an illicit way, the adulteration of milk has been a major issue.

Several factors like dismal socio-economic status, low purchasing power of consumers, demand and supply gap, perishable nature of milk, unorganised plight of dairy industries, laxity of laws, lack of awareness regarding analytical laboratories to get the milk tested and lack of consumer vigilance worsens the menace of milk adulteration.

The laboratory method is the most appropriate way to detect adulteration in milk as tests are performed in a monitored environment with all the necessary apparatus and safety measures.

If you’re searching for a milk adulteration testing lab near you, we are your trusted partner and one of the best milk testing labs/laboratories in Delhi/Bangalore with a pan India footprint. We are prominently an EIC approved /NABL accredited milk testing lab with nearly two decades of experience in the pharma sector.

Our labs are well-equipped for all the dairy products testing. Besides, we are a state of the art laboratory which serves various methods of milk testing like chemical analysis, tracing of harmful elements, pesticide elements, vitamins testing and microbiology analysis. Contact us for more information with testing of milk and dairy products 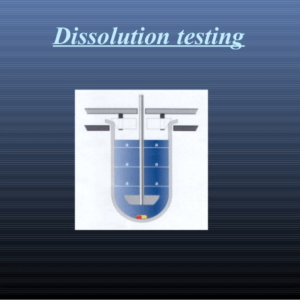